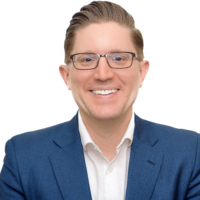 Dain graduated from Illinois State University in 2004, and started his sales and service career in 2006 after serving two years in the United States Peace Corps. Upon returning from West Africa, Dain earned a position at Paychex, where he became a top performer and was promoted to District Sales Manager. During his time at Paychex, Dain focused on helping small businesses with their payroll & HR needs. Dain comes to Insurance Force with six years of experience focusing on the needs of his customers, and becoming an asset to them beyond the initial sale.